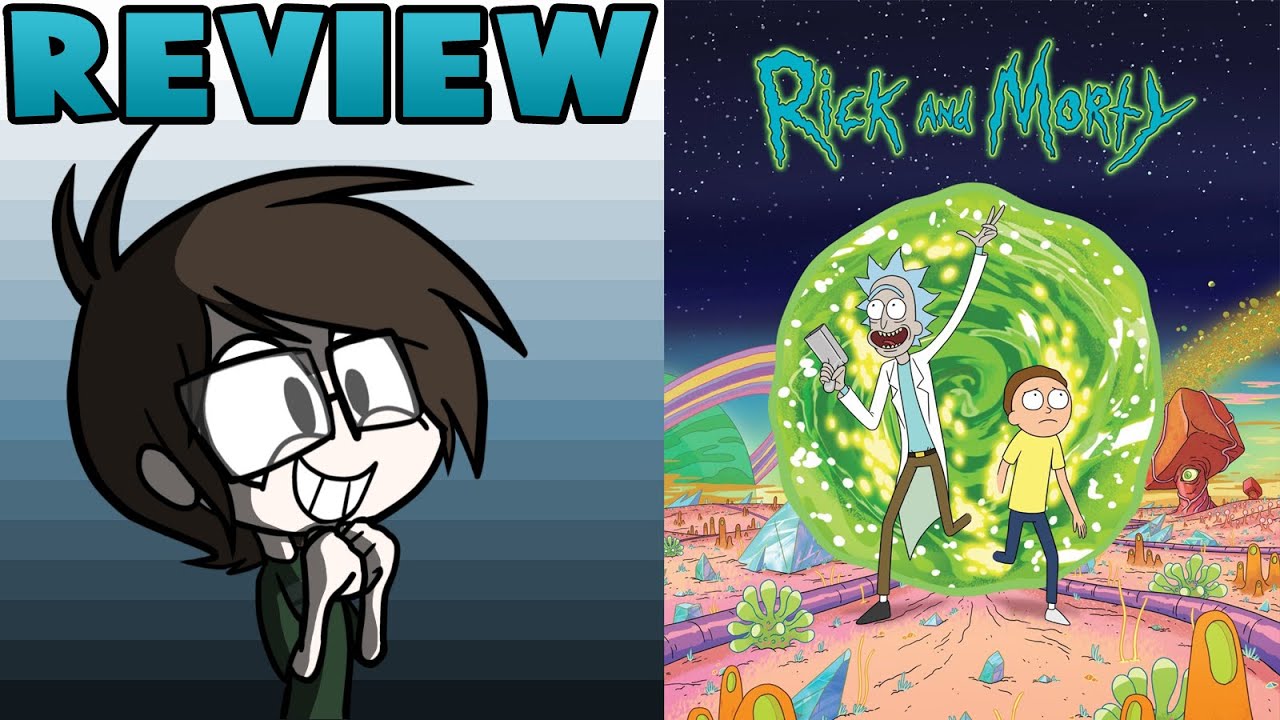 I have the same feeling I had when I watched Family Guy for the first time, in which I felt like every single character was interesting and was contributing for the series in their own ways.

In this show, things that will make you laugh are dark and awkward at times which succeed every time. I haven't found a single bad moment so far in the first three episodes and can't wait to watch the whole thing The first episode was awesome and got me straight to the next.

The dog world domination episode is going to be a classic, go watch it. People will remember that episode. I absolutely love this show Slowly but surely the are tweaking character development.

Getting better every new episode!!! I like the way Rick is always drinking and burping and slurring his speech.

This show is getting a lot of acclaim with so few episodes and it deserves every bit. Honestly this is the best cartoons aimed at young adults and teens that I've seen in a years.

I always get excited when I see a new episode trailer!!! Can't wait to see what direction they take this to in the future. They have set it up for literally limitless possibilities.

There were only 11 episodes in the first season, so it seems a little premature and overenthusiastic to call this the funniest and best show on television, but I'm tossing it out there anyway.

The characters are well-developed and evolve over the course of the season, and the voice talent is gifted -- Chris Parnell is the secret weapon as Morty's not-too-bright dad.

The Pilot is the only episode I was Luke-warm on, because it's the only one where the nastiness overwhelms everything else, but it fits well into the course of the entire season because it gives the bitter alcoholic grandfather Rick something to grow away from, and the first year gets better and better as it rolls along.

There isn't a lot of TV I can watch with my son, but this is just about the best of it. Can't wait for season 2, and I hope there will be more than 11 episodes.

Just plain fantastic! Just what we've been waiting for! At a loss for words!! Thank You God! It's about time that writers have opened up to ideas from a new realm!

This is it! No hold bars, out of this world, other dimensions, straight in your face! I can't wait to see more! I have to see more! There better be more; it would be pretty ugly, otherwise!

I applaud the writers and commend them for their brilliance and am so excited this is happening! The show feels fidgety in the beginning. At first it makes you take a second to get used and into it.

But it's as intelligent and hilarious a show as I haven't seen one since a long time! That's what I and hopeful many other viewers are going to realize after a couple of minutes.

It'S one of those shows that wouldn't happen to be without Adult Swim. Not exactly a family show. Anyways - this show is brilliant.

The humor is not as cheap as in most of the successful cartoons and the show is not as comfortable to watch, but that's one thing that makes it so hilarious.

It's really dark sometimes, and the viewer with a good sense of humor will appreciate that. The only thing that might make the show a bit better is that the creators could make the characters a bit better known and thus more likable to the viewer.

Like this a plot as in episode 6 SE1 would work even better. Well, the characters maybe a bit flat still, but the plots and happenings are making all this acceptable.

Amazingly funny and thoughtful story line for a 20min cartoon show. The sad part is, that it might not really be for the rank and file and as a result might not last for too long or even be recognized by too many people.

I really hope this goes on for a while, though! I love this show - it's great. Keep up the good work PS.

But that'S just a personnel tic of mine Rick and Morty is the most creative show I've ever seen. Each episode brings in new concepts which are explored in a humorous way or in a deep way, most of the time it can even be both.

With likable characters that you're invested in, Rick and Morty seems to be a joyride of a TV show that I can't wait to get more of.

The show follows the highly intelligent scientist Rick going on adventures alongside with his not so smart teenage grandson Morty.

One of the reasons I gave a 10 star review is purely about the characters: The main cast is interesting and well portrayed.

Rick's controversial immature and edgy personality paired with the self conscious and significantly less intelligent Morty makes a really entertaining duet with an interesting dynamic, given that they have a grandfather-grandson relationship.

Another reason I classify this show as a perfect 10 are the adventures themselves. You will not find any pattern regarding the plot of each episode: Each and every one of them are unique, creative and mind blowing science fiction wise, that's something that will get you hooked to see what happens in the next episode over and over again.

The pop culture references were also a nice touch in the series: from Inception and The Purge episodes to Mac Donald's chicken nuggets, this was something I really enjoyed seeing.

And now a personal favourite that made me stick to the show and wait in agony for the rest of the episodes: The Evil Morty episodes. These two episodes captured the silent rise of what appears to be an evil intelligent wannabe commander of the lower class the Mortys are being treated badly by the Ricks.

These episodes are written in a way that Evil Morty isn't the center of attention but later on we see that he is the real deal which is exactly the way Evil Morty acts: Being a silent threat and a malicious commander without anyone noticing; until it's too late.

This unfinished storyline really keeps me at the edge of my seat. I mean, who didn't get the chills during Evil Morty's speech and him doing what every tyrant does: killing off the ones who found out or standing in their way of ruling unfairly.

View All Photos Rick and Morty: Season 4. Critics Consensus: Rick and Morty 's fourth season is both an exciting progression and a delightful return to form that proves more than worth the two-year wait.

Rick and Morty: Season 3. Critics Consensus: Rick and Morty dives into new and even kookier cosmic dilemmas in a third season that interrogates familial bonds, love, and nihilism -- treating all existential topics to the series' trademark serrated wit.

Rick and Morty: Season 2. Critics Consensus: Rick and Morty gains even more slimy layers of complexity throughout its sophomore season, with the dysfunctional duo knocking heads and diametrically opposed philosophies during a string of intricately hilarious misadventures.

Rick and Morty: Season 1. Critics Consensus: Rick and Morty zaps onto screens and makes an instant impression with its vivid splashes of color, improvisational voice acting, and densely-plotted science fiction escapades -- bringing a surprising amount of heart to a cosmically heartless premise. 1 thoughts on “Rick And Morty Review”